FCEM in the Avant-garde of ICT applications serving enterprise

FCEM is the economic NGO leader in the application of the Internet as the major vehicle for communication, networking, management and the promotion of SMEs and Associations of Women Entrepreneurs.

It was during the 48th FCEM World Congress held in Tunis, Tunisia in October 2000 that the FCEM Recommendations of Carthage were formulated and adopted as follows:

As a result of these recommendations the project for the development of the FCEM Web Site Portal and an on-line network through the creation of the Internet systems: “Association Platform” and “Entrepreneur Platform” has been realized. Today the FCEM has at its disposition a state-of-the-art e-technology optimising the application of the Internet as a vehicle for information, communication, interactive management and international commerce.

Optimizes the use of ICT to increase information flow on FCEM actions and activities to FCEM members, international institutions and the general public. The FCEM Web Site created in 1995 was transformed into a dynamic portal in 2002 by Tunisian ICT technicians, in 2010 was migrated to a PHP based operating system and relooked in 2014.
The Web Site Portal features links to the web sites of FCEM member associations and useful web sites in addition to links to the FCEM Association Platform and the FCEM/CandGo Entrepreneurs Platform.

Designed for exchanges between the FCEM member national associations in intranet and with other associations in extranet, the data are available in ‘cloud computing’ 24u/24u since 2003. The FCEM Associations Internet Platform is a tool for communication and administration in security in a private virtual office where associations can:

All FCEM national associations, members of the Steering Committee, and FCEM Regional Commissioners have their own private Virtual Office for their FCEM work free of charge.www.fcem.ws

For the communication on-line an exchanges between members of a groups, an enterprise, its contacts, its administrative and commercial management. The Entrepreneurs Internet platform furnishes to the entrepreneur (SME) a Virtual Office with on-line tools for commercial management, marketing, promotion and communications as well as international visibility through their presence in the B2B Marketplace.
www.fcem.ws

An international Internet presence within the world market.

The African Development Bank, Private Sector Division, promoting the importance of Information and Communication Technology and Internet connectivity as a viable means for the development and the integration of African enterprises into the world economy, has become an official development partner for the CandGo Platforms. Thanks to financing by the African Development Bank, the B2B Marketplace, Partnership and Buyer-Seller exchange, have been created and are on-line since 2005 (FCEM Committee – FES Marocco).

FCEM/CandGo management team has given presentations and training sessions in Cameroon, Morocco, Mauritius, Rodriguez, Turkey and Tunisia.
The Moroccan association in follow-up organized three training workshops in Morocco and has set up a commercial support system.
The National Association of Women Entrepreneurs of Tunisia (CNFCE) organized five subsequent seminars and workshops throughout the country.

FCEM/CandGo participates at the World Summit on the Information Society

In conjunction with the world organization of women entrepreneurs, FCEM, CandGo held presentation workshops in Tunisia in parallel to the World Summit on the Information Society organized in Tunis, Tunisia, November 14 to 19, 2005. 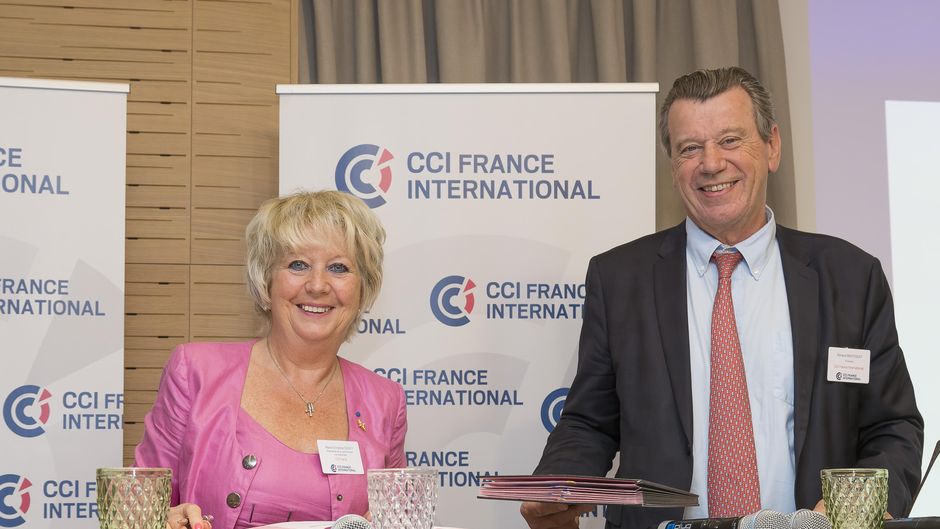